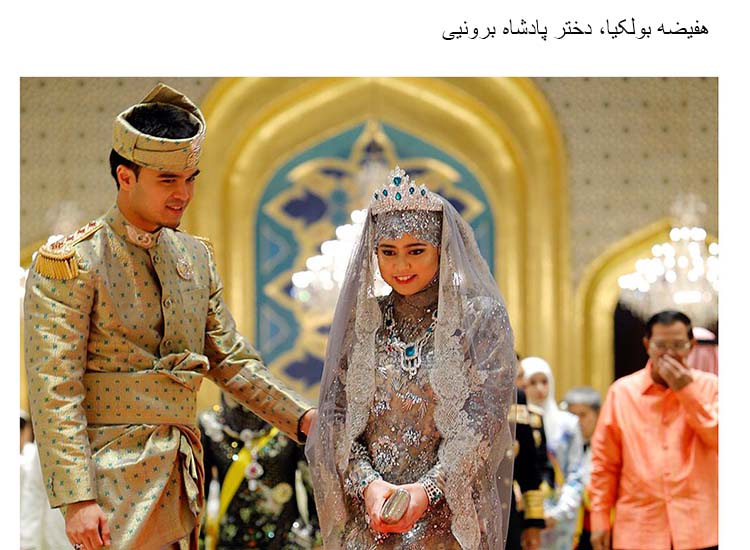 Royal weddings are usually filled with glitz, glamour and luxury. The 2012 wedding of the Princess of Brunei was over-the-top even by royal wedding standards. The 32-year-old Princess Hafizah married Pengiran Haji Muhammad Ruzaini, who worked as an assistant for the country’s prime minister. Princess Hafizah’s father, the Sultan of Brunei, holds full executive power in the tiny oil-rich Southeast Asian country, and he is also one of the world’s wealthiest monarchs; he is worth an estimated $20 billion and is descended from a family that has ruled for more than six centuries.
Previous Next
Pages: 1 2 3 4 5 6 7 8 9
aroosi saltanati prince william kate. kate milton royal wedding 2018-06-02
zare1234