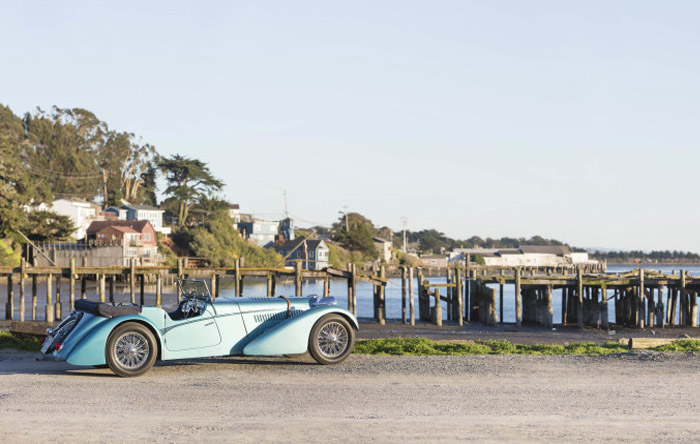 In superlative condition, the Vanden Plas Bugatti was valued at $11-13 million heading into the Amelia Island Concours d'Elegance where it was auctioned off by Bonhams this weekend. It didn't quite get there, but at $9,735,000, the auctioneer lauds this as "the most valuable Bugatti ever sold at auction and the most valuable car ever sold at Amelia Island.The Bugatti Type 57 and later variants (including the famous Atlantic and Atalante) was an entirely new design by Jean Bugatti, son of founder Ettore. Type 57s were built from 1934 through 1940, with a total of 710 examples produced.Most Type 57s used a twin-cam 3,257 cc engine based on that of the Type 49 but heavily modified by Jean Bugatti. Unlike thechain-drive twin-cam engines of the Type 50 and 51, the 57's engine used gears to transmit power from the crankshaft.The Type 57 chassis and engine was revived in 1951 as the Bugatti Type 101.A rediscovered Type 57 sold for 3.4 million euros at auction on 7 February 2009 at a motor show in Paris
Previous
Pages: 1 2 3 4 5 6 7 8 9
$9.7 million auction for car Bugatti Bugatti 57SC car collection classic car coachbuilder Vanden Plas luxery luxury car most expensive car in the world old car VIP car 2016-04-05
ash