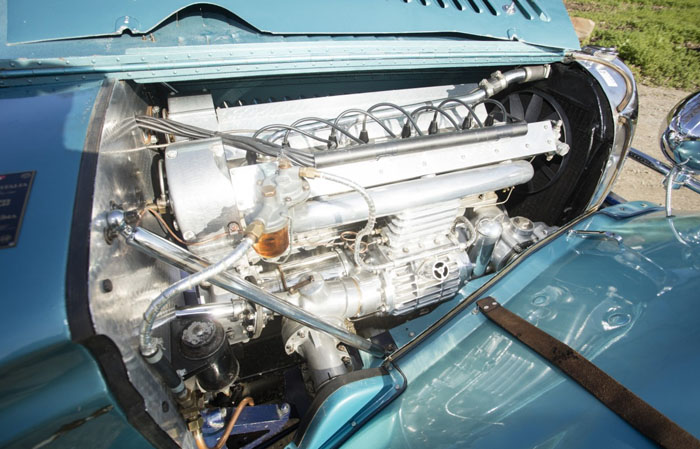 Every bit of his engineering genius – burnished by Father Time – shows through to us in this car today.A bit on the extraordinarily colorful provenance of this 57SC: Originally ordered by George Rand, a Bugatti agent in New York, from a London Bugatti dealer, hence its right-hand drive, the car was delivered to New York, then moved back to Europe before the war.The Bugatti Type 57 and later variants (including the famous Atlantic and Atalante) was an entirely new design by Jean Bugatti, son of founder Ettore. Type 57s were built from 1934 through 1940, with a total of 710 examples produced.Most Type 57s used a twin-cam 3,257 cc engine based on that of the Type 49 but heavily modified by Jean Bugatti. Unlike thechain-drive twin-cam engines of the Type 50 and 51, the 57's engine used gears to transmit power from the crankshaft.
Previous Next
Pages: 1 2 3 4 5 6 7 8 9
$9.7 million auction for car Bugatti Bugatti 57SC car collection classic car coachbuilder Vanden Plas luxery luxury car most expensive car in the world old car VIP car 2016-04-05
ash