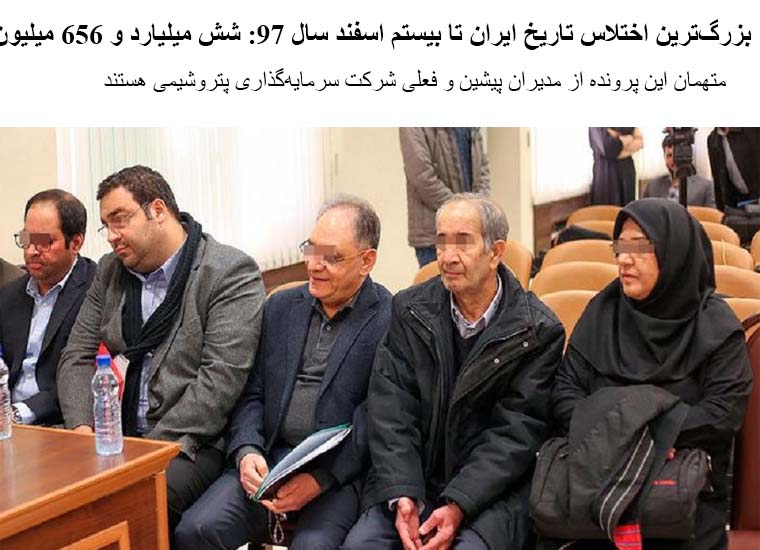 he investigation determined that Mahafarid Amir Khosravi had masterminded the scheme, with his Aria Investment Development Company being the primary recipient of the loans. Khosravi was convicted of embezzlement, money laundering, and bribery. He and three of his closest associates received the death penalty in July 2012. A total of 39 people were convicted of fraud in the case. On 24 May 2014, Khosravi was executed by hanging. Khavari remains a fugitive
Previous Next
Pages: 1 2 3 4 5 6 7 8 9
2019-03-11
ash2