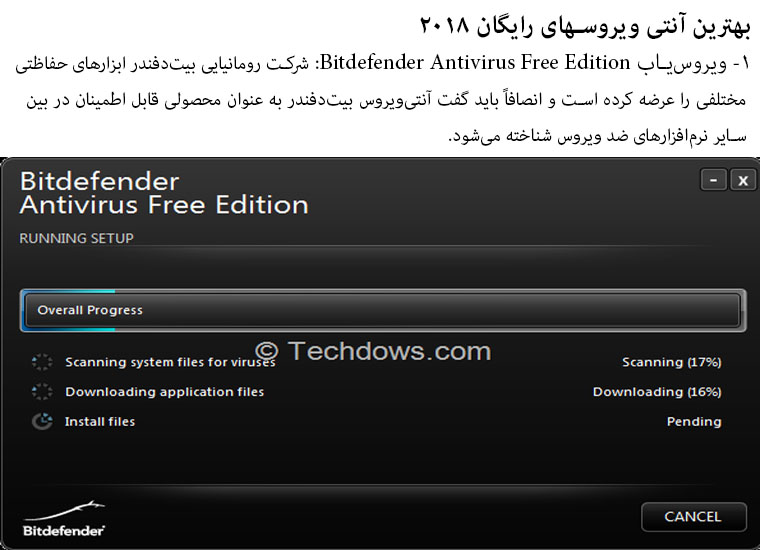 1- Bitdefender Antivirus Free Edition: The Romanian Bitdefender has provided various secure tools, and it's fair to say that Bitdefender antivirus is known as a reliable product among other anti-virus software. Compatibility with Windows, Mac, and Android with the fast search engine of the viruses, along with their accurate detection capability, as well as the high-speed performance and lightness of the antivirus can be considered as the superior features of the free version of the Android device.
Next
Pages: 1 2 3 4 5 6 7 8 9 10
Best free antivirus 2018 computer digital fanavari internet technology 2018-06-15
admin