Iranian actors with the makeup of political figures 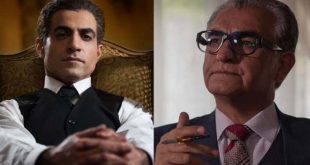 Among the figures that shone in political roles, Jafar Dehghan can be featured in the Shaman-e Shah series with the role and grim Reza Shah. Ja’far Dehqan was shining in the role of Reza Shah in the series of the ancient land and the mystery of the Shah, which he believes is one of the most similar to Reza Shah.