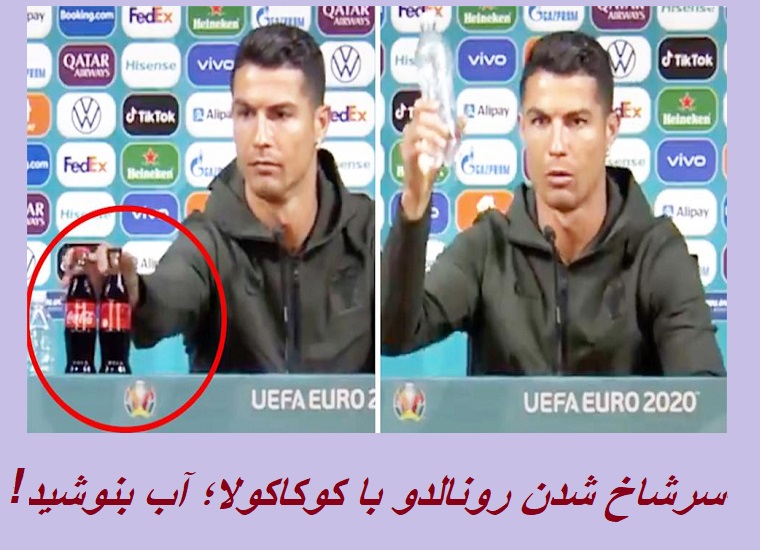 At last night's press conference, Cristiano Ronaldo was not in the mood to support the main sponsor of Euro 2020 and removed the Coca-Cola bottles from in front of him. Coca-Cola is the official sponsor of Euro 2020, and in addition to extensive publicity at the tournament, players 'and coaches' press conferences also feature the company's bottles. But the Portuguese star could not convince himself to even look at the Coca-Cola bottles and pushed them aside. After Ronaldo shook his Coca-Cola bottles in disgust as soon as he sat down at the conference table, he shouted "Drink water" to make his point very clear.
Next
Pages: 1 2 3 4 5 6 7 8 9 10
actor actors art artist beautiful beauty breaking news celebrities celebrity coca cola drink water history Iran luxury model movie movies pahlavi Photography shah singer travel water woman women world 2021-06-16
lili