The Nun who unveiled! 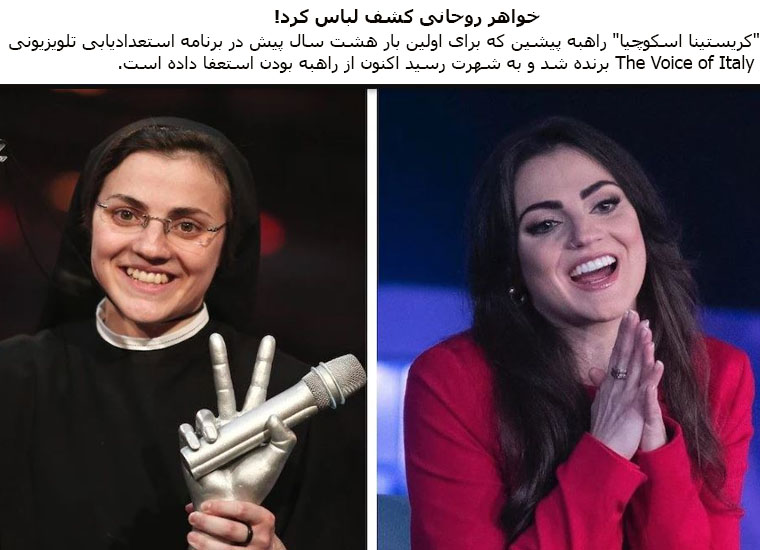 Cristina Scuccia (formerly known as Sister Cristina Scuccia or Suor Cristina, Italian for "Sister Christina") is an Italian singer and former Ursuline nun who won the 2014 season of The Voice of Italy as part of Team J-Ax, resulting in a record deal with Universal.In 2013, she won a Christian music competition as part of the Good News Festival
Next
Pages: 1 2 3 4 5 6
2022-11-27
ash2