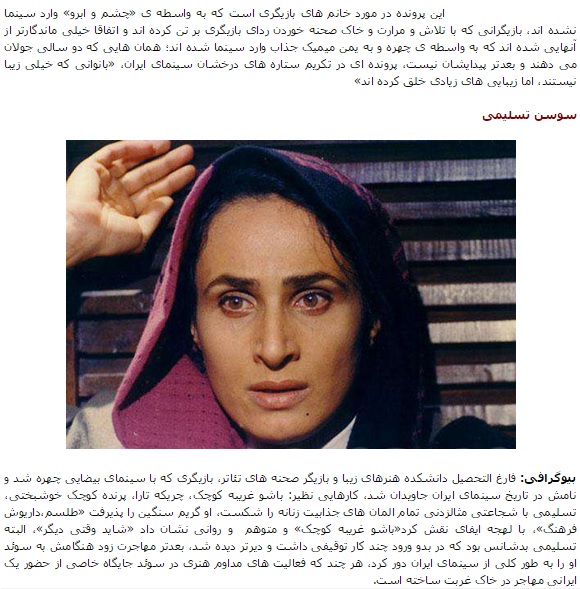 Susan Taslimi (also spelt Soosan Taslimi‎‎, born February 7, 1950) is an Iranian actress, film director,theatre director, and screenwriter. She emigrated from Iran in 1989, now living and working in Sweden.She graduated in theater and acting from the Faculty of Fine Arts, University of Tehran.She started film acting with Bahram Bayzai's Ballad of Tara in 1979
Next
Pages: 1 2 3 4 5 6 7
The Iranian actresses who are REAL PERFORMERS of their imaginary roles 2015-10-14
ash