Who Has The Worst Celebrity Temper? 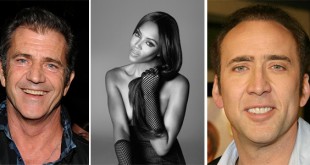 Mel Colm-Cille Gerard Gibson AO (born January 3, 1956) is an American actor and filmmaker. He is most well known as an action hero, for roles such as Martin Riggs in the Lethal Weapon buddy cop film series and Max Rockatansky in the first three films in the Mad Max post-apocalyptic action series.