Pablo Escobar; The King of Cocaine, Who Was titled Robin Hood! 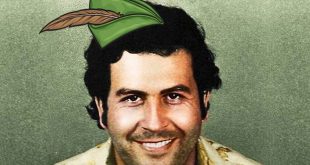 Pablo Emilio Escobar Gaviria  was a Colombian drug lord and narcoterrorist who founded and was the sole leader of the Medellín Cartel.

END_OF_DOCUMENT_TOKEN_TO_BE_REPLACED 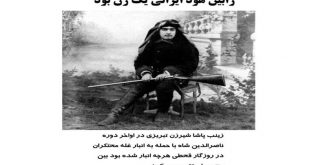 Zeynab Pasha (also known as Zeinab Pasha) was an Iranian woman who lived during the Qajar dynasty in late 19th century. She is most notable for her role in the Tobacco Protest, the beginning of the Iran Constitutional Revolution, for leading a group of women in an uprising in the city of Tabriz by attacking wealthy merchants. This led to the closure of the Tabriz Marke