The Most Famous Streets of Iran 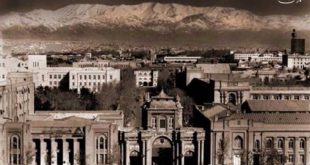 About 100 km (62 mi) south-west of Qazvin are the tombs of two Saljuki era princes — Abu Saeed Bijar, son of Sa’d, and Abu Mansur Iltai, son of Takin — located in two separate towers known as the Kharraqan twin towers. Constructed in 1067 CE, these were the first monuments in Islamic architecture to include a non-conic two-layered dome. ...

END_OF_DOCUMENT_TOKEN_TO_BE_REPLACED 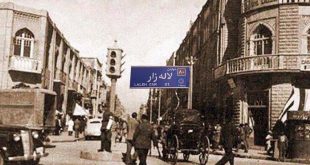 Frequently compared to New York’s Broadway and Paris’s Champs-Élysées, Lalehzar, Tehran’s historic entertainment district, and its vicinity (which I collectively dub Tulip Grove, Tehran), was surrounded by the Iranian parliament as well as a multitude of government offices, foreign embassies, diplomatic ventures, and missionary schools, along with a number of chapels, mosques, and synagogues.