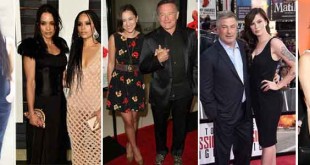 Sosie Bacon – Celeb parents: Kevin Bacon & Kyra Sedgwick / Age: 21 Sosie Bacon takes after her father and is a budding young actress. For her first movie role, she played 10-year-old Emily in the film “Loverboy.” It was directed by her father. Since then, she has appeared on the TV series The Closer and is currently filming a movie.