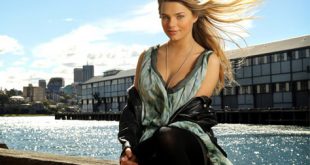 Holly Valance The Australian actress whose birth name is Holly Rachel Candy was born on 11th May, 1983. Her sister, Olympia is also an actress, well known for her role in Neighbours as Paige Smith. She along with her two sisters has a dual British-Australian citizenship. She started her career as a teenager in the Australian soap Neighbours as “Flick” Sully.