Strange Valentine’s Day Traditions All Around the World 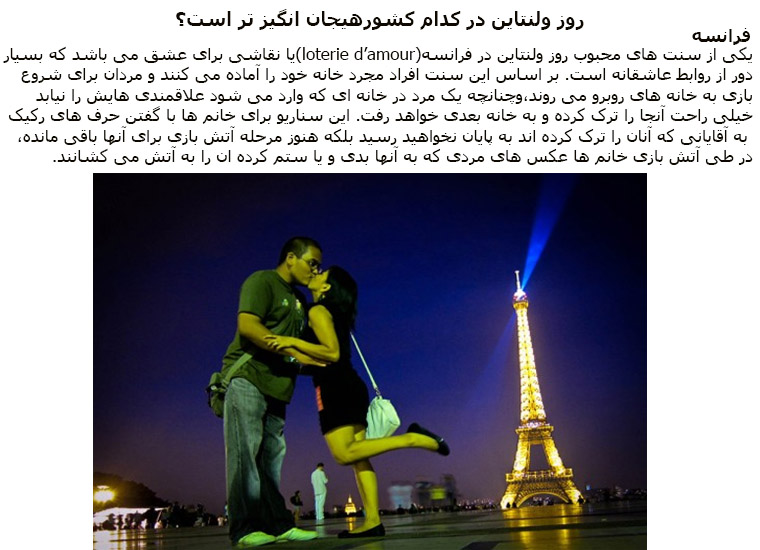 first Valentine’s Day card originated in France when Charles, Duke of Orleans, sent love letters to his wife while imprisoned in the Tower of London in 1415. Today, Valentine’s Day cards remain a popular tradition in France and around the world.Another traditional Valentine’s Day event in France was the loterie d’amour, or “drawing for love.” Men and women would fill houses that faced one another, and then take turns calling out to one another and pairing off. Men who weren’t satisfied with their match could simply leave a woman for another, and the women left unmatched gathered afterward for a bonfire.During the bonfire, women burned pictures of the men who wronged them and hurled swears and insults at the opposite sex. The event became so uncontrollable that the French government eventually banned the tradition all together.
Next
Pages: 1 2 3 4 5 6 7 8 9 10
rooze oshagh valentine day 2017-07-09
ash2