Plasco with a New Face! 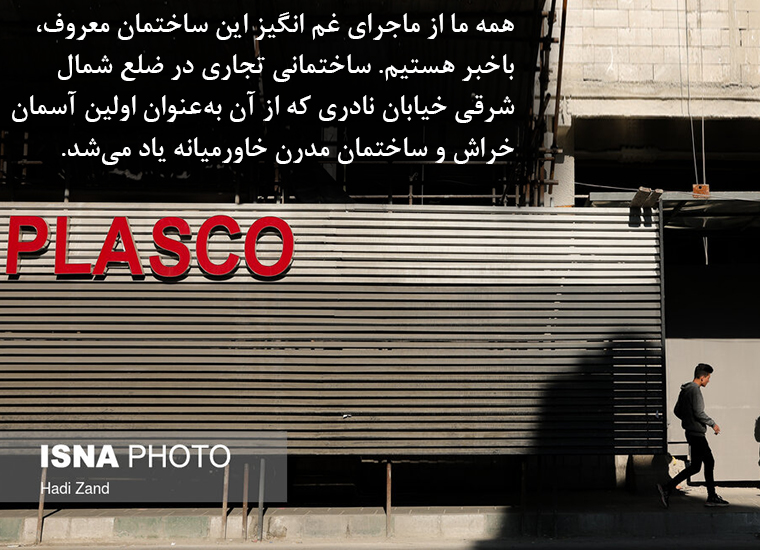 The Plasco building was built in 1962 by the prominent businessman Habib Elghanian, during a decade of rapid growth in Iran. The building was named after his plastics company. At the time of its construction, it was the tallest building in Iran and was considered an iconic landmark of the Tehran skyline, representing the drive for modernization under the rule of Shah Mohammad Reza Pahlavi.
Previous Next
Pages: 1 2 3 4 5 6 7 8 9
building Famous fire fireman Iran iranian pahlavi plasco plasco building shah tehran 2021-08-28
mehr