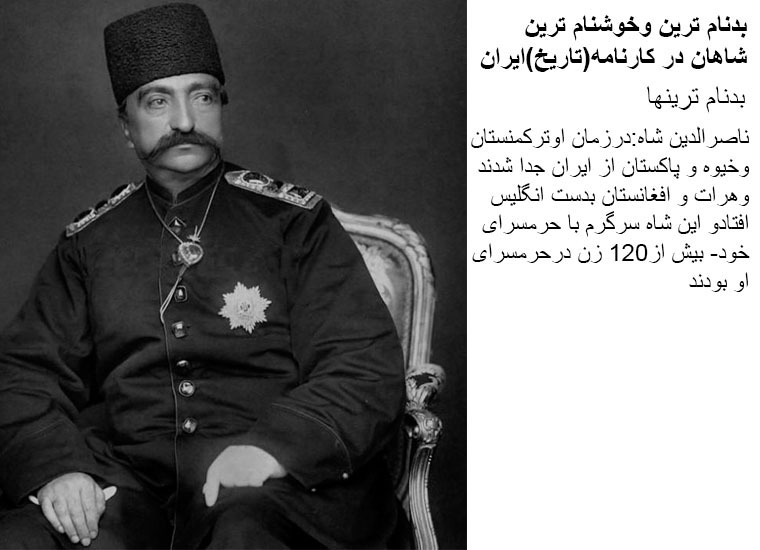 Naser al-Din Shah Qajar  also Nassereddin Shah Qajar, was the King of Persia from 5 September 1848 to 1 May 1896 when he was assassinated. He was the son of Mohammad Shah Qajar and Malek Jahān Khānom and the third longest reigning monarch in Iranian history after Shapur II of the Sassanid dynasty and Tahmasp I of the Safavid Dynasty. Nasser al-Din Shah had sovereign power for close to 50 years and was also the first modern Iranian monarch to formally visit Europe.
Next
Pages: 1 2 3 4 5 6 7 8 9
badnam khoshnam king 2019-03-28
ash2