The fight came to an end when the police arrived.Two front-end loaders were toppled over and left two drivers injured. The six vehicles were damaged to various extents. It is unclear as to what sparked the clash, but reports have said it was between two construction companies in intense competition for business.The police are currently investigating the cause of the scuffle. 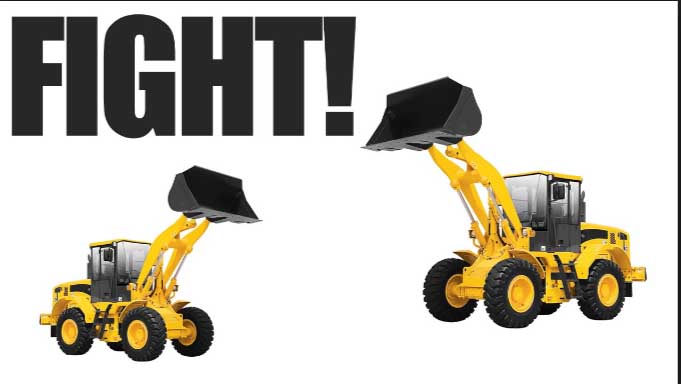