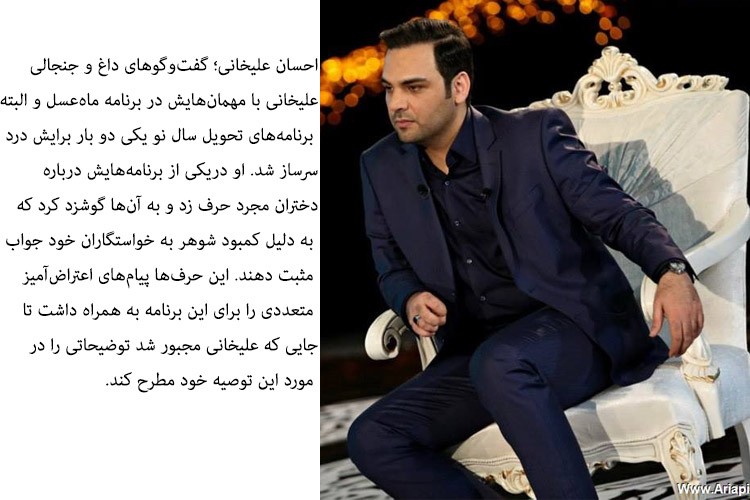 Islamic Republic of Iran Broadcasting, or IRIB, ( Sedā va Sima-ye Jomhūrī-ye Eslāmī-ye Īrān literally Voice (or Sound) and Vision of the Islamic Republic of Iran), formerly called the National Iranian Radio and Television until the Islamic revolution of 1979, is a giant Iranian corporation in control of radio and television which is among the largest media organizations in Asia and Pacific region, and a regular member of Asia-Pacific Broadcasting Union.
Next
Pages: 1 2 3 4 5
anchor in iran reporter tv 2016-08-23
ash