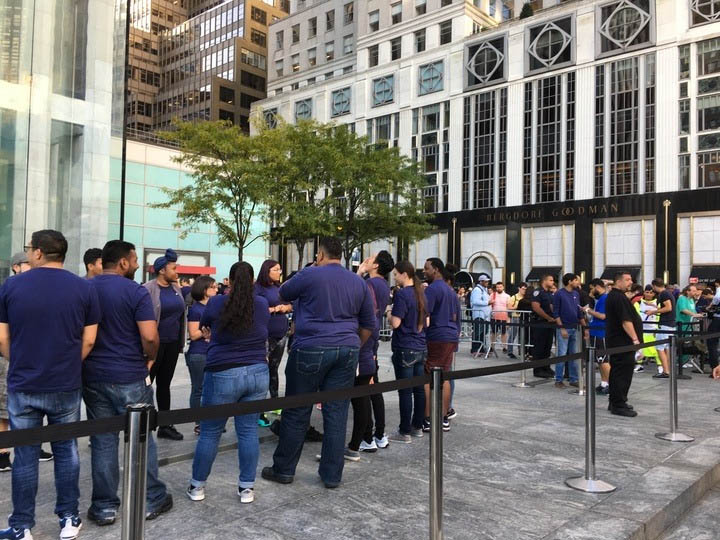 Hundreds of technology fans in Sydney crowded through the doors of the flagship Apple Store when it opened at 8am local time in the city to be first to get their hands on the new devices. In London, people had travelled from as far as India, Nepal and Holland to get to the Covent Garden store. Crowds were also seen in Tokyo, Hong Kong, Beijing and Shanghai in China as fans rushed to get the new Apple devices as early as possible.But there were noticeably fewer people queuing for the models than in previous years - with some suggesting this may be due to controversy over the loss of the headphone jack.