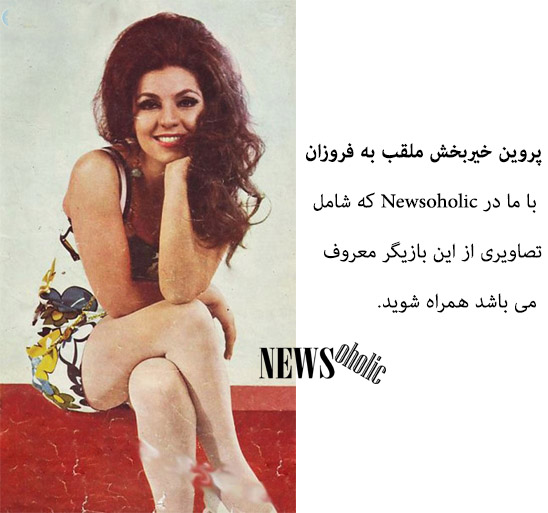 Forouzan (Persian: Foruzan, Foroozan‎‎; 9 August 1937 – 24 January 2016) was an Iranian actress, producer, and dubbing artist.She started his cinematic activity by film dubbing. In 1964 she starred in Siamak Yasemi's Sahel-e Entezar, but it was Ganj-e Qarun, another film by Yasemi, that made her very famous. She co-starred in this film with Fardin. After Ganj-e Qarun Fardin and Forouzan made a golden cinematic couple and co-starred in some high-grossing Persian Films also known as Film Farsi. Persian Film is the genre of movies produced normally in the cinema of Iran before the Iranian revolution of 1979.Forouzan (also spelled Foroozan) was born on 9 August 1937 in Bandar-e Anzali, Iran. She started her career by dubbing films. Her first movie was Sahel-e Entezar. She acted in many popular Iranian films but yet cooperated with some of Mowj-e Now directors like Dariush Mehrjui (Dayere-ye Mina) and Ali Hatami (Baba Shamal) too.Siamak Yasemi, Iraj Ghaderi, Shapur Gharib and Fereydun Goleh were some other famous directors she worked with. After 1979 revolution Forouzan was banned from playing in movies and was more and more isolated. She barely interviewed and died on 24 January 2016 in Tehran
Next
Pages: 1 2 3 4 5 6 7
foroozan forouzan In the Memory of Parvin Kheirbakhsh ( Foroozan) 2016-02-12
ash