High-Tech Cheating In a Chinese School 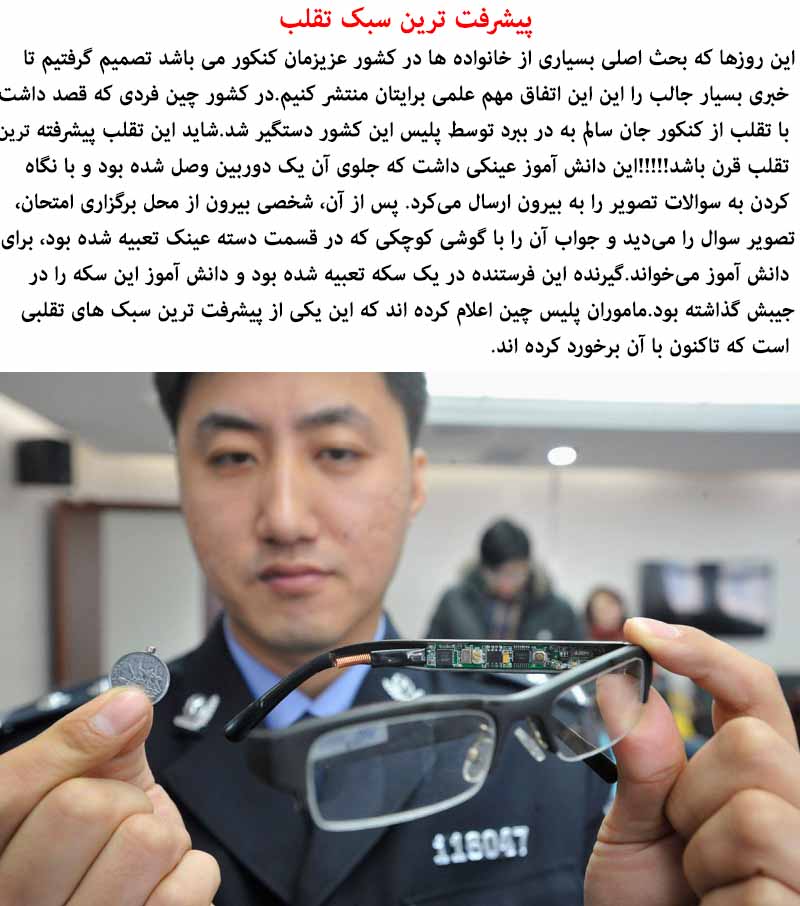 The People’s Republic of China is cracking down on students who are cheating by imposing a new law that will require cheaters to serve a prison sentence that can last up to seven years.The new law is a supplementary clause that was added to Section 284 of the Criminal Law. The new clause stipulates that students who cheat or intend on cheating will face a fixed prison sentence of a maximum three years, according to Xinhua via Shanghaiist.However, cases with greater severity will be punished with a prison term lasting anywhere from three to seven years and will be liable for additional fines. The law will go into effect on Nov. 1, 2015.While China plans on discouraging students from cheating, they are not the only country that sees it as a growing problem. According to a recent survey, 8,000 Chinese students were expelled from American universities last year because of cheating.While being expelled is less disheartening than serving time in a Chinese prison, students who are kicked out of universities often face immense difficulty when searching for employment.
cheat in school taghalob 2015-10-29
ash