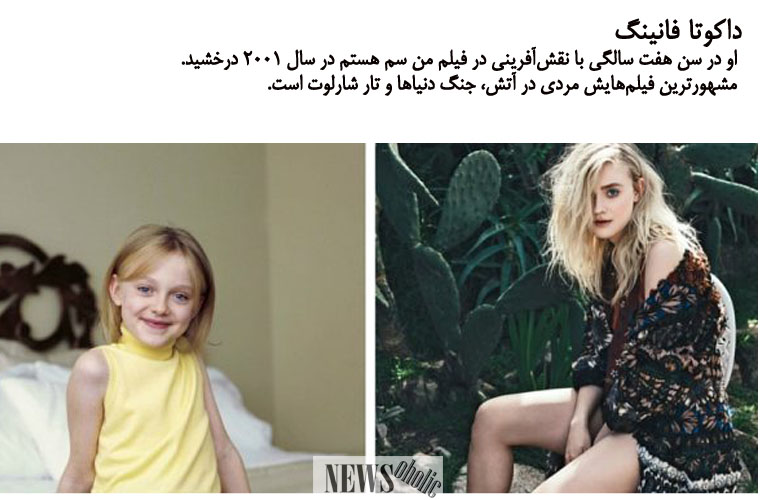 Ever since Dakota Fanning was a little kid she has been playing many different roles and have been facing them, she has appeared in tv shows like Ally McBeal and ER as a child but what made her really famous was the performance in the 2001 film ‘I am Sam’, which also earned her a nomination for a screen actor making her the youngest nominee in history. The little kid is all grown up now, and people say she’ll be taking over Hollywood very soon with her beautiful looks and great acting.
Previous
Pages: 1 2 3 4 5 6 7 8 9 10
celebrity child Child Stars Grew Up hollywood kodaki honarpisheha 2017-06-16
admin