“Andy Warhol is famous for his pop art work, especially his painting of 32 Campbell's Soup cans. Few remember he once painted the queen of Iran. “ 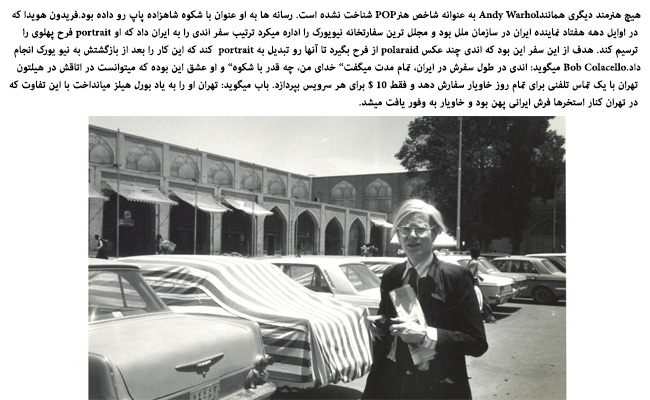 He went to Iran in 1976, when it was led by the Shah, Mohammad Reza Pahlavi. Three years later, the Shah would be overthrown in the Iranian Revolution.Fereydoon Hoveyda, Iran's ambassador to the United Nations at the time, extended the invitation to Warhol to come to Iran and create a portrait of Empress Farah Pahlavi. Warhol was joined on the trip by Vanity Fair's Bob Colacello, Warhol's biographer.
Next
Pages: 1 2 3 4 5 6
culture pers persian 2015-09-23
ash